I want to cry.

I had a doctor's appointment this morning and got back the results from the CT test I had a few weeks ago. The doctor wants me to have another "procedure" to have several rogue lymph nodes removed before they get bigger and potentially spread to other parts of my body. He gave me a referral to a head and neck surgeon across town to have them look at the scan results and see what they think. I may very well end up with another, even longer scar on my neck going up towards my ear.

I had hoped that the original surgery and iodine radiation would have been the end of it, besides, of course, the pills I'll have to take every day for the rest of my life. (In this crazy world we live in now, what if something happens to the supply chain of this type of medicine?)

The thing is, I feel fine. These lymph nodes aren't big enough to be seen, and neither I nor the doctor can feel them. If it weren't for the imaging technology, I would never have known anything was there! I don't know whether or not these medical technological advances are a blessing or not. If I'd never had the first scan that found it, I would probably have lived many years in ignorant bliss... until maybe the cancer spread to other parts of my body and I eventually died from it.

Dr. Google says, "Specifically, the 20-year survival rate was estimated to be 97% for those who did not receive treatment and 99% for those who did. Jun 1, 2010". But then again, the page that says this notes that the study focused on patients whose thyroid cancer "had not spread to the lymph nodes or any other area at diagnosis." Considering mine has already spread... I don't know.

If the head and neck surgeon seconds my doctor's opinion that I need to have the lymph nodes removed then I probably will. But I'm not excited about it. 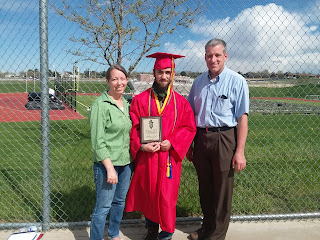