A lady in our ward offered to give Hannah viola lessons a few months ago. Yesterday she had her very first solo viola recital. She played 18 songs and did very well! We are very happy with the progress she has made. 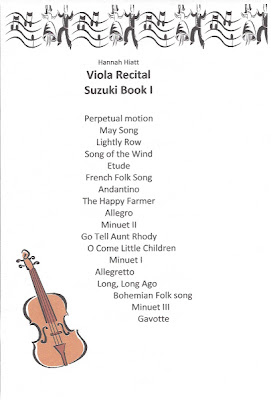 She also made the programs all by herself. 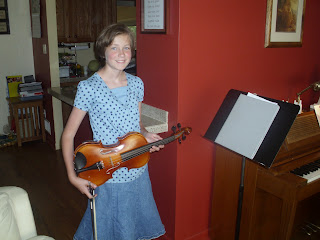 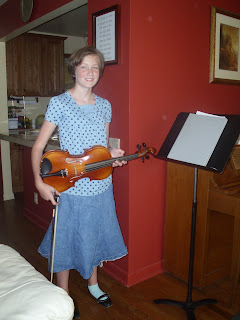 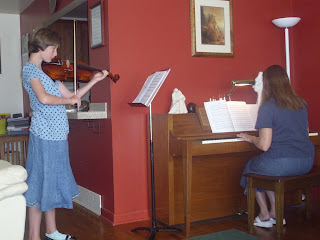 I accompanied her on the piano. 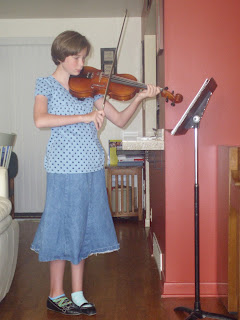 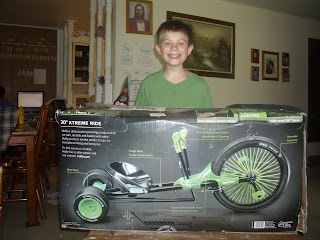 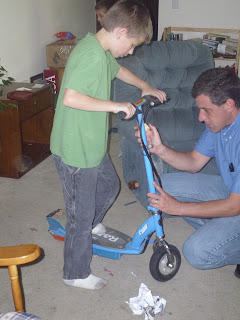 He was very excited to open the giant gift from Grandma which has been sitting in our living room, taunting him, for an entire week. We let him open it that afternoon, before the rest of his gifts, and the kids have spent much time the last couple days riding the motorized scooter around the (outside of the) house. 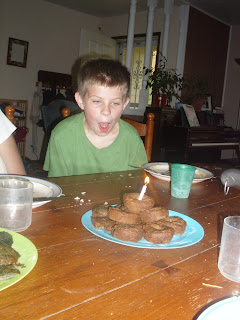 After dinner he ate his special dessert. At his request, Hannah made him blueberry chocolate chip cookie cupcakes. (I let Hannah make them because I wasn't sure exactly how to go about it.) They turned out very good.

After dessert he opened the rest of his gifts. 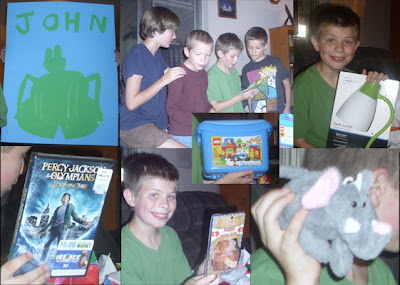 Hannah got to participate in her first Play in a Day this last week. Friday evening she went to the church, where the youth in the stake were divided into six groups. Each group chose a fairy tale, a genre, and a setting from different containers, and then wrote a script together. When Hannah got home late that night, she was excited, and searching for props and costume pieces to bring with her the following morning. All day Saturday was spent rehearsing, building sets, and preparing. After dinner, the rest of the family arrived at the church to watch the performances.

The first play was entitled, "Rapunzel meets Sherlock Holmes" and had Rapunzel sequestered at the top of Big Ben tower in England, while Sherlock Holmes strove to solve the mystery of who her parents really are. "The Rise of the 3 Little Pigs" began in Egypt with the Joker (from Batman) serving breakfast to one of the pigs, including *gasp* bacon, setting off a tragic series of events. Hannah's play, entitled "The Bearitones", presented the three bears in New York (Hannah was mama bear), during the 1920 porridge-prohibition (porridgebition). The Bearitones smuggled porridge, while the Locks (Goldi Locks, Brunetti Locks, Reddi Locks, Chief Pad Locks and Baldi Locks) strove to bring them to justice in an action filled drama. "Wanted in the West" featured the Butter Biscuit Gang (including Hansel and Gretel) in Texas as they rob the Candy Cottage and sheriff solves the mystery of what happened to Grandma Witchy.  "The Wolf and the Red Hoods" featured a good-natured wolf who attempted to rescue Red Riding Hood and her Grandmother from a wicked huntsman (by hiding them in his stomach), with tragic results. The last play, "Rumpelstiltskin in Space" presented King Dark Helmet and the poor teenage platypus loving Princess Lafonda who is assisted by the unicorn riding Rumplestitskin in her efforts to turn rocks into stars.

Each of these hilarious plays included certain phrases including, "Live Long and Prosper", "May the force be with you", "Just keep swimming", "Inconceivable!", "You're killing me, Smalls", and "Toto, I don't think we're in Kansas any more!"

Hannah had a lot of fun, and the rest of us enjoyed a delightful evening in the audience. Too bad I forgot to bring the camera!!!!!

The kids have spent a lot of time this summer playing with Legos. John has created a masterpiece piano out of 111 Legos, complete with a sliding keyboard cover, pedals, bench and sheet music! 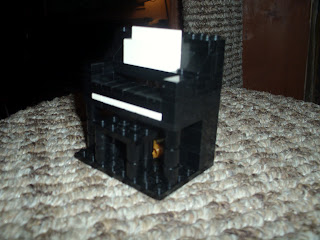 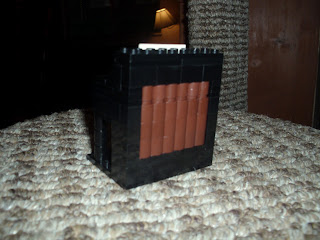 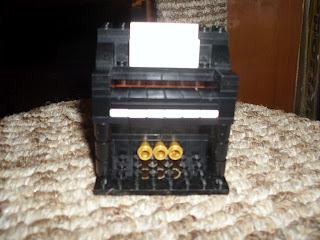 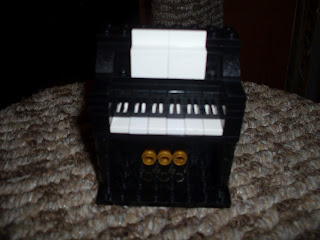 I have a new favorite book! I actually first read it about ten years or so ago, but I read it again this last week, and really enjoyed it. It is about a kind of super hero. He rescues people who are in danger and sneaks them to safety. He has a secret identity, so while everyone knows what he does, no one knows who he is - not even his wife! He doesn't have super powers or magic or anything except for his wits, his friends, his daring and a lot of money. (No, he's not batman.) Most of the story is told from the point of view of his wife, as she discovers who he is and struggles with difficulties of her own. The setting of this story is the French Revolution, and the book was written a little over 100 years ago.

Does anyone know what book I'm talking about? Has anyone else read it? If so, what did you think of it?
at 7:59 AM 3 comments: